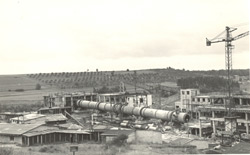 The history of raw clay mining and production of chamotte in the area of Nové Strašecí dates back to the 19th century. The excavated clays are of a Carboniferous origin (360—290 million years ago). They are very firm and hard with low shrinkage, significant bulk density and relatively regular water absorption. The quarry is located in the centre of the Kladno-Rakovník basin possessing the largest clay reserves in Central Europe.

The company České lupkové závody was established in 1958, in the seventies of the 20th century it employed more than 2,000 people and produced up to 190,000 tons of chamotte in two rotary kilns per year. 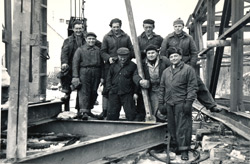 At present, the main production program is focused on the firing and granulometric processing of refractory clays—chamotte and kaolin. The other products are metakaolin and geopolymers.